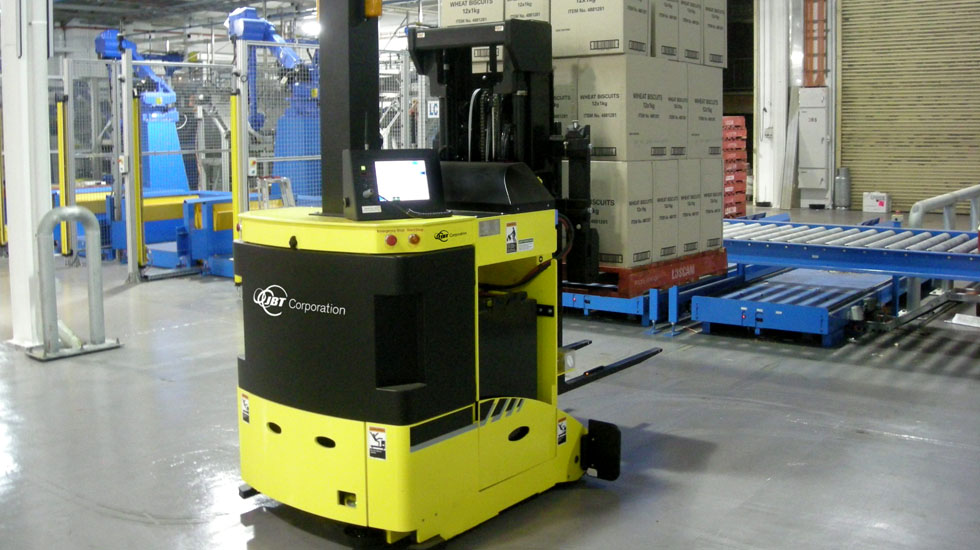 Some people are excited for a future where robots can make more stuff more efficiently, driving down cost.  Others are justifiably concerned this will lead to fewer jobs and fewer people able to buy what’s being produced.  We live in a very carefully balanced financial ecosystem, where any significant changes to production or consumption threaten to destabilize everything.

I see the increased mechanization of production as accelerating and inevitable, short of international regulations to limit it, which means the discussion needs to shift from “is it acceptable” to “how do we adapt to it?”  Due to the fragile nature of the financial ecosystem, it will be difficult, if not impossible, to transition gracefully (without significant human suffering) to this new paradigm where machines can increasingly do more of our work.  This is one of the reasons I believe this organization is so important.  Significant changes like this could destabilize existing societies and require entirely new, more resilient societies to be put in place in order to minimize suffering, but currently there aren’t any thorough blueprints for what those societies might look like.

Taking a step back, maybe not everyone buys into the argument that increasingly automating manufacturing is likely lead to human suffering, so let’s examine some possible outcomes.  It’s relatively obvious at this point that most if not all manual labor can be handled by robotics, which means the only cases where machines might not displace laborers is where they’re paid a wage far less than the expense of building or operating a robot.  As time goes on this bar will continue to drop and squeeze the living wage for laborers.  In this scenario, either wages (including minimum wage) will need to continually drop, labor replaced by machines will need to be outlawed (adding shipping costs to the cost/benefit analysis unless globally adopted), or labor jobs will no longer be available.  You could argue that only large companies would be able to replace laborers with machines, but if that’s true it will also mean the end of small companies, as they’ll increasingly fall behind on competitive pricing and quality (machines’ consistency only improves with time).

Extrapolating this scenario further, laborers will likely either need to learn white collar (creative or intellectual) jobs, putting extreme pressure on those jobs since laborers form the large base of the workforce pyramid.  Either white collar jobs would start to see wages decrease too, or former laborers would simply fail to find work.  As consumer purchasing power decreases due to decreased wages it will be met with decreased production costs in a race to the bottom.  Obviously production costs will always exceed $0, while out of work consumers will have $0 of purchasing power.  This will either lead to a steadily increasing number of people on welfare or will result in an explosion of crime and suffering if the increasingly wealthy business owners’ taxes aren’t proportionately increased to cover the welfare burden.

This obviously isn’t the only way things could play out, but it’s not an unlikely scenario if things continue on as they have.  Some might argue that this means we should simply stop progress, but business optimization is built into the framework of our economic system, which is why it would take massive (and unpopular) government intervention to change it (ex. outlawing increasing use of robotics).  This is why we need to examine other systems which may be tolerant to increased mechanization of labor.  In fact, the decrease in available work caused by massive mechanization should be a blessing for society, as it would free up everyone to work less and enjoy life more.  Unfortunately, we’ve done such a good job at consumerising everyone that if people had more free time they’d likely use it to try to make more money to buy more/better things.

This points out another possible area for government intervention: limit the workweek (ex. 18 hours) for all white collar jobs, except for vital jobs in understaffed areas (ex. doctors).  This would initially give more breathing room to white collar jobs as laborers transition into them.  Unfortunately this would turn the middle class into the lower class with virtually no way to rise up, since working longer would be prohibited.  The only recourse would be to try to start new businesses, but without the capital to build a fleet of machines, these businesses would be subject to extremely disproportionate loans, with most profits taken by wealthy investors.

My goal isn’t to use these scenarios as scare tactics to sell my own proposed system, but rather to point out that simply patching of our existing system isn’t likely to be enough to overcome the challenges posed by increased mechanization.  I don’t have all the answers, but I look forward to joining a thriving community discussing, designing, and building a better system.  Our goal here should be to facilitate that community.