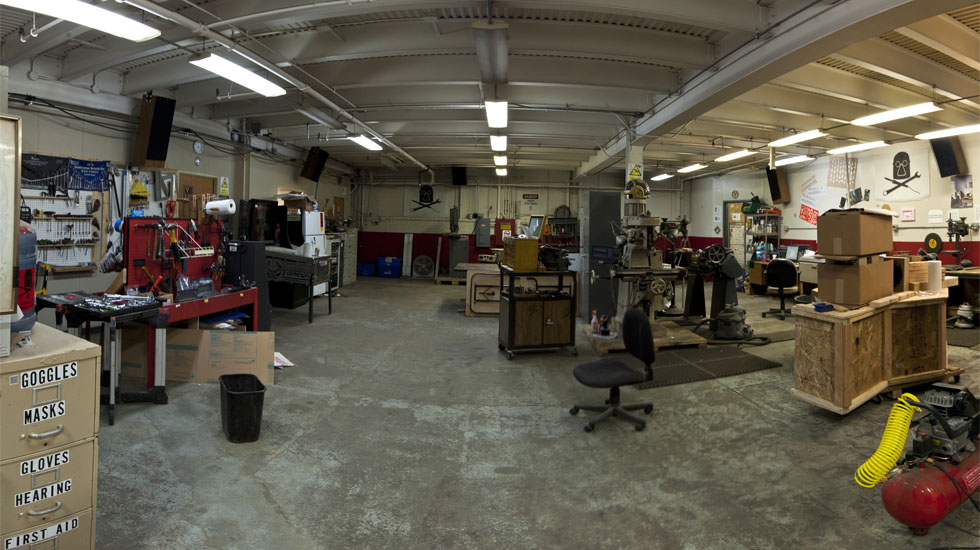 Makerspaces, often referred to as hackerspaces, are places where people can go to make virtually anything they want.  They’re closely tied to the maker movement: a growing trend of people expressing their creativity by making things, epitomized by Make:, Etsy, and Maker Faire.  Most makerspaces provide 3 key elements: professional grade machines, training sessions, and a community of creative people to collaborate with.  To support themselves, makerspaces generally charge people membership fees to use their machines and facilities, as well as for advanced training sessions.

The biggest innovation of makerspaces is making extremely expensive machines available to average people, in some cases making more than a million dollars of machinery available at a single location.  The training provided at most makerspaces is also extremely important, ensuring members know how to use the machines available, as well as turning them into a sort of ala carte fabrication trade school.  What’s especially unique about makerspaces, as opposed to schools, is that they foster a community of creative people, from hobbyists to entrepreneurs, more interested in creating than learning a trade.  People who’ve been part of these communities often say it’s inspiring to be part of such a creative environment and that they often get support and ideas from other members.

At first glance it may seem like you’d just find amateur tinkers and crafters at makerspaces, capable of creating little more than low quality novelty items, but real businesses are coming out of makerspaces.  As with any business venture, most of these businesses aren’t wild successes, but the low cost of development means it’s easier for entrepreneurs to try lots of ideas until they’re successful.  This is resulting in a new manufacturing renaissance, led by individuals instead of large corporations.  Because it’s led by individuals who can’t compete with large companies, much of what’s being developed is completely unique, as opposed to improving on existing products.

Makerspaces are already extremely widespread, with Hackerspaces.org reporting over 1000 active spaces globally, including over 1/3 in the US alone.  The 2 most popular makerspace chains are TechShop, a company with 8 large spaces in the US, and FabLab, a network of over 300 independently operated spaces worldwide.  Makerspaces show no signs of slowing down, and as more entrepreneurs turn to them to jump start businesses they’ll continue to grow.  This growth will increasingly drive improvement in supporting technologies like 3D printers and circuit prototyping, as well as encourage the development of new and innovative technologies.