The Future of Computers 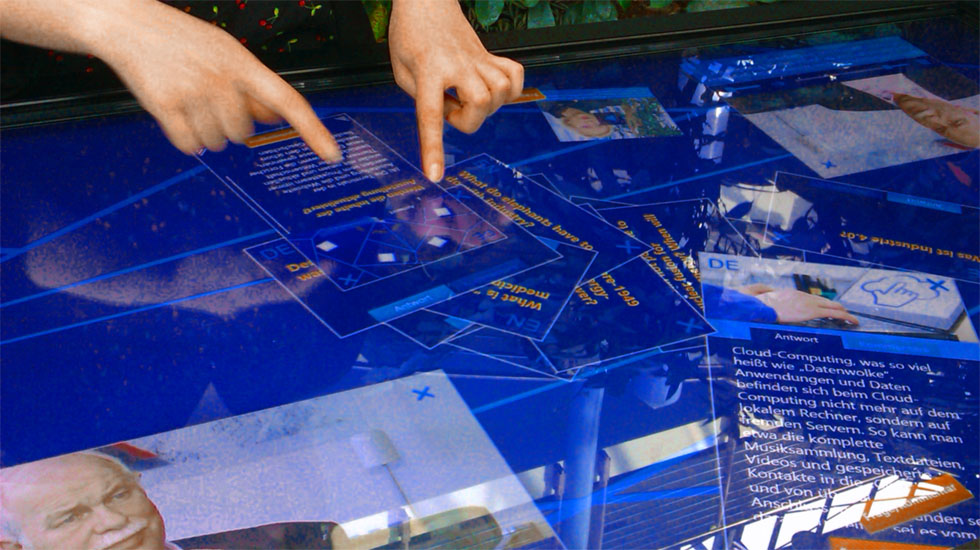 Computers have evolved from basic business machines to our windows to the world, and they show no sign of slowing down.  This poses an interesting and challenging question: what will computers look like in the future and how will we interact with them?  This isn’t a new question, and futurists and scientists love to fantasize about a future where computers are everywhere, making everything smarter.  Maybe at some point computers will be like helpful bacteria, spread across every surface, providing us with virtually unlimited information and processing power, but that’s probably very far off and there’s no clear path toward a future like that.  Instead, it might be more useful to look at how computers have evolved and suggest how they might continue to evolve into the future.

To know where you’re going, it’s often helpful to know where you started.  Computers had a slow start as basic theories and research into mechanized number computation, going back as far as 1822.  Things started to pick up during the 1940s as computers gained the fundamental skills of digital calculation and running programs, driven by academic and military interests.  IBM introduced the first mass produced computers, which were large (room sized) machines targeted at big businesses.  In 1976 Apple helped usher in the age of personal computing with what was essentially the first desktop computer, followed in 1981 by the IBM PC, although these were still largely business machines.  Over time these personal computers evolved to meet the needs and interests of consumers, spurred on by technical advances and the mass adoption of the internet.

More recently we’ve seen a shift from fixed computing to portable computing, starting first with laptops and eventually evolving into smartphones and tablets.  As the value of having access to computers has increased for people, the importance of always having access to them has increased.  Now it seems we’ve entered a very frantic period, where the very definition of what makes a computer is being completely shaken up to see what form they’ll take going forward.  The lines between desktops, laptops, tablets, phones, and soon wearables have become increasingly blurred, and it’s unclear what will remain once the dust settles.

From this evolution we can highlight a few key points which indicate the direction we’re headed in.  Obviously people want access to any and all information as quickly as possible, which is why most people in developed nations now carry smartphones.  People also want to carry as little as possible, which is why cell phones got down to almost the size of a matchbox before touchscreens became prevalent.  In contrast, people want to view information and entertainment as large and in as high of a resolution as possible, which is one of the reasons phone sizes have grown from the original 3.5″ iPhone to over 6″ for some smartphones.  The other reason for increasing phone sizes is because people want to interact with computers as quickly and easily as possible, hence the larger touchscreens.  This need for quick input has also led people who need to enter more than small amounts of text to continue carrying around laptops or tablets with keyboard attachments.  In addition, computers have gained peripherals like microphones and cameras which allow people to not only pull in information but to push information out.

It’s also important to look at some of the emerging technologies which will help computers continue to evolve.  Docking laptops to show their content on larger monitors isn’t too new, but some companies have now created laptops and tablets which can have smartphones docked into them, increasing viewing and input ease while still essentially using the same device.  Screeencasting is a much newer take on a similar idea: wirelessly mirroring or extending a phone or tablet screen to a TV or monitor.  Even more disconnected, cloud computing is allowing people to essentially rent computing power, as well as store their data to a single place where all their devices can access it.  There’s also been improvement in display technology, with transparent and even flexible displays, as well as technologies which can put displays directly in front of people’s eyes without obstructing their view.

Taking all of this into consideration, what does it mean for the future of computers?  For now, we’ll probably continue to carry devices with us, at least until both displays and input can be done well without a touchscreen.  Our smartphones will increasingly be the hub for all our information, wirelessly screencasting to larger screens when we want a bigger picture.  Eventually cloud computing will turn our phones into just another screen and access point for our information, which will be maintained on a cloud server, probably with the more privacy concerned hosting their own clouds from small home servers.

The biggest hurdle to overcome in terms of freeing ourselves from handheld computers will be enabling easy input.  Displaying images, video, and apps directly in front of our eyes will eliminate the need to carry around a bulky screen, but without a way to interact beyond voice commands it’ll probably be more of a novelty.  Luckily researchers have already been working on technologies like gesture recognition and even brain wave input, which will eliminate the need for touchscreens.  For people who need to do more precise work, roll-up keyboards and light pens could be used.  A future where everyone wears glasses or digital display contact lenses (once that technology is improved) is probably unlikely, so many people will probably still prefer to carry small personal devices for connecting to information when another display surface isn’t available.  That said, in most places where people spend significant amounts of time (home, work, transportation, shopping) there will probably be no shortage of displays to access content on.

Ultimate, computers will continue to evolve and fade into the background until we only see smart-displays.  Most people will probably only carry one smart-display on a regular basis, like glasses, a watch, or a digital compact, based on what they consider the most beneficial with the least inconvenience.  All the information currently held on computers will simply be available on whatever smart-display people use.  This may sound like long-term science fiction, but all of this technology is already being researched or build, and it’s very likely it’ll be commonplace before 2030.

← The Rise of Planned Cities
Shaping Our Future: 3D Printing →